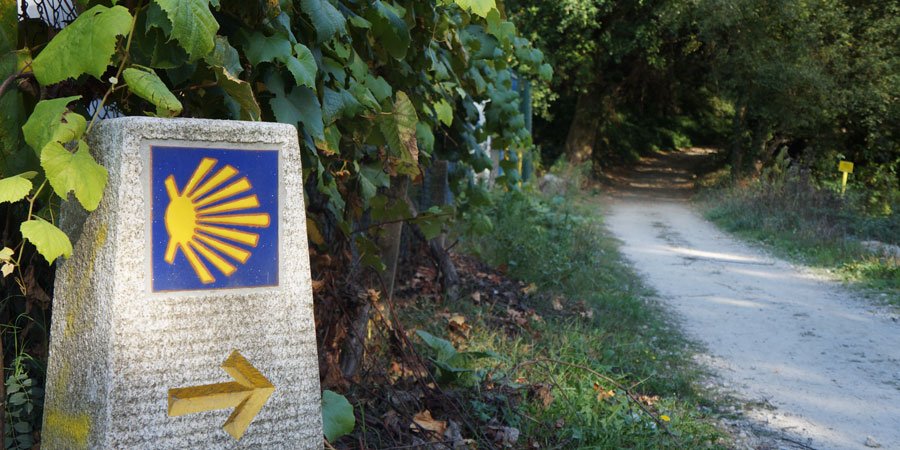 From 23 May – 30 June, our minister, Neil, and his daughter, Christine, will be on pilgrimage along the Way of St James, the Camino de Santiago, in Northern Spain. The two hope to walk the 500 miles from St Jean-Pied-de-Port to Santiago de Compostella along the ancient pilgrimage route over 35 days.

Pilgrimage is a spiritual discipline as old as the Church within Christianity and practised widely among all the world’s religions. Santiago de Compostella, the traditional resting place of the Apostle James, has been a pilgrimage site since the 9th Century which grew in popularity during the Middle Ages as journeys to the Holy Land and Rome became less accessible. From the 1990’s the route started gaining popularity once again and by 2017 over 300,000 pilgrims walked its various routes.

The purpose of a pilgrimage is personal and spiritual. Nevertheless, several people in the church have asked Neil and Christine to keep us updated on their progress. You will be able to follow their updates on our Facebook Page. They have also started a Just-Giving Page for anyone who would like to support the charity Siphila Sonke in South Africa, which is close to their hearts. Neil writes: “We are not doing this pilgrimage to raise funds but for our own spiritual growth. Nevertheless, since we are going anyway, we thought this would be an opportunity to promote the excellent work of Siphila Sonke, a grass-roots charity that we were involved with in South Africa and which has remained part of our story.”

Siphila Sonke(www.siphilasonke.org.za), which means ‘We Live Together,’ strives to support and improve the quality of life of desperately poor families in the informal settlement near the village of Grabouw and the farming community of Elgin, in the Western Cape, South Africa.
Siphila Sonke’s vision is to live in a caring community where no vulnerable person is left unassisted; where children are cared for, safe and assisted to fulfil their potential.
Their mission is to provide physical, spiritual and emotional support for those who are chronically ill, vulnerable and/or destitute in Grabouw; these beneficiaries receive support to regain their health, dignity and confidence, so that they may resume their role in the community.

If you would like to contribute to Neil & Christine’s fundraiser, you can do so via the following Just-Giving page: https://www.justgiving.com/crowdfunding/neilmeyer-camino2022

This website uses cookies to improve your experience while you navigate through the website. Out of these cookies, the cookies that are categorized as necessary are stored on your browser as they are essential for the working of basic functionalities of the website. We also use third-party cookies that help us analyze and understand how you use this website. These cookies will be stored in your browser only with your consent. You also have the option to opt-out of these cookies. But opting out of some of these cookies may have an effect on your browsing experience.
Necessary Always Enabled
Necessary cookies are absolutely essential for the website to function properly. This category only includes cookies that ensures basic functionalities and security features of the website. These cookies do not store any personal information.
Non-necessary
Any cookies that may not be particularly necessary for the website to function and is used specifically to collect user personal data via analytics, ads, other embedded contents are termed as non-necessary cookies. It is mandatory to procure user consent prior to running these cookies on your website.
SAVE & ACCEPT